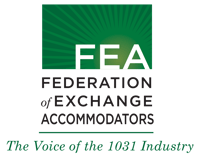 This article is republished with permission from the REALTORS® Land Insitute's Terra Firma magazine, Winter 2017, pp 44-47.

Readers are encouraged to read the full publication at www.rliland.com/about-us/terra-firma-magazine.

Almost one hundred years ago, Congress enacted Internal Revenue Code Section 1031, permitting deferral of capital gains and recapture tax on like-kind exchanges. Two primary purposes of the tax law were: 1) to avoid unfair taxation of ongoing investments in property and 2) to encourage active reinvestment. These purposes are even more relevant today in our global economy than they were in 1921. Section 1031 not only permits efficient use of capital to preserve and manage cash flow, it also encourages U.S. businesses to reinvest in their domestic operations, rather than offshoring business activity.

Impact of the Presidential Election

Fast forward ninety-five years to the 2016 Presidential election. In a surprise finish to a long and sordid year of election drama, Donald J. Trump was elected President and Republicans retained majorities in both the House and the Senate. This trifecta of power centers ratchets up the threat to Section 1031.

Mr. Trump’s refusal to disclose his tax returns during the campaign, and the disclosure of a $916 million tax loss claimed by Mr. Trump in 1995, set off a firestorm of media speculation about tax strategies that may have enabled a tax loss large enough to wipe out his income taxes for up to eighteen years. A plethora of news articles were published, listing various “special interest tax breaks” that ordinary real estate owners would think of simply as common business tax provisions, such as depreciation. Unfortunately, the §1031 like-kind exchange was swept up in this commentary, mischaracterized as an abusive loophole used by wealthy real estate developers to repeatedly exchange properties and never pay the tax.

This is unfortunate because it is wrong on many levels. First, Section 1031 is not a loophole; it is a legitimate tax tool used by a broad spectrum of taxpayers including individuals of modest means, farmers, ranchers, small and mid-size businesses, as well as taxpayers at the higher end of the income scale. Second, developers that build or rehab properties and then sell do not qualify for tax-deferral treatment, because their properties are considered inventory, not investment assets. Third, tax is deferred, not eliminated. After reviewing more than 1.6 million real estate transactions over an eighteen year period, a recent study concluded that in one-third of all exchanges, some tax is paid in the year of the exchange, and that 88 percent of replacement properties acquired in a §1031 exchange are actually disposed of through a taxable sale, not a subsequent like-kind exchange. Tax is ultimately paid on the overwhelming majority of exchanged properties.

The agriculture community has the broadest use of like- kind exchanges. Farmers and ranchers use §1031 to combine acreage, acquire higher grade land, exchange breeding livestock and upgrade farm machinery. Retiring farmers are able to exchange their most valuable asset, their farm, for other real estate without diminishing the value of their life savings.

In June, 2016, House Ways & Means Committee Chairman Kevin Brady (R-TX) and his predecessor, Speaker of the House Paul Ryan (R-WI), announced the “Blueprint for Tax Reform,” an ambitious Republican plan for radical simplification and complete rewrite of the tax code.

With Republican control of Congress and the White House, a comprehensive tax reform package based on the Blueprint is now expected to be fast-tracked through a process called Budget Reconciliation. Tax reform included in a budget bill that has been agreed upon by both the Senate and House could not be filibustered and would require only a simple majority to pass. The whole process could be concluded within the first few months of 2017.

The authors believe that the Blueprint will achieve three distinct goals:

The Blueprint calls for reduction of income tax rates for all taxpayers, with three brackets for individuals at 12 percent, 25 percent and 33 percent. A 25 percent rate would apply to income generated by pass-through businesses, such as partnerships, and a 20 percent rate would apply to C-corporations. The Blueprint also calls for elimination of the Alternative Minimum Tax (“AMT”) and abolishment of the Estate Tax. Capital gains, dividends and interest income would be subject to a 50 percent exclusion, resulting in effective capital gains tax rates of just 6 percent, 12.5 percent and 16.5 percent.

The path to achieving massive simplification and rate reductions appears to be elimination of most deductions and exclusions in favor of larger standard and personal exemptions.

On the plus side, businesses would be permitted to claim an immediate expense deduction of 100 percent of the cost of newly acquired tangible and intangible business investments, including real estate improvements, but not land. Unlimited net operating losses could be carried forward indefinitely. The flip side is that taxpayers would lose the expense deduction for interest paid on business debt.

Section 1031 and the Blueprint

The Blueprint is silent as to §1031 but many of the details are still unknown. There is concern that the tax writers may assume that with lowered rates and full expensing, §1031 would be unnecessary.

It is imperative that §1031 be preserved for exchanges of land and other assets that are not covered by immediate expensing. Of particular concern to real estate owners is the potential combined whammy of the inability to expense land value with the elimination of the business interest expense deduction. Given that land values represent approximately 30 percent of the value of commercial and multi-family residential improved properties, and up to 100 percent of agricultural land investments, landowners would be particularly disadvantaged if they had neither the option of a tax deferred exchange nor expense deductions for land acquisition and interest on related debt.

Recent studies on the economic impact of repealing §1031 have concluded that without a tax-deferral mechanism, a lock-in effect occurs. The immediate recognition of a gain upon the disposition of property would impair cash flow and could make it uneconomical to replace that asset. If property owners are faced with reducing the value of their investments and life savings through capital gains or recapture tax, even with lower rates, they will likely hold onto these properties longer. This leads to reduced transactional activity, slowed rate of investment, and reduced property values. Section 1031 removes the lock-in effect, and permits taxpayers to make good business decisions without being impeded by negative tax consequences.

For the past several years, the Treasury’s annual proposed budgets have included a proposal to limit annual gain deferral under §1031 to $1 million per taxpayer and to disqualify artwork and collectables from tax-deferral treatment. This Democratic proposal is unlikely to go anywhere in a Republican controlled Congress, but it remains an idea that could be picked up as a “pay for.”

Such a limitation would be particularly harmful to the economic stream generated by like-kind exchanges of commercial real estate, agricultural land and other assets. The value of these assets generates substantial gains. Transfers of large commercial and agricultural properties generate economic activity and taxable revenue for brokers, appraisers, surveyors, lenders, inspectors, contractors, attorneys, accountants, title and property / casualty insurers, architects, exchange facilitators and more. High volume equipment exchanges provide inventories of affordable used assets for small businesses and taxpayers of modest means. Turnover is key to all of this economic activity.

A broad coalition of organizations, including the REALTORS® Land Institute, the National Association of REALTORS®, and the Federation of Exchange Accommodators are working to make our policymakers aware that §1031 needs to remain in the tax code. Like-kind exchanges stimulate economic activity in the United States—property improvements that benefit communities, increase property values, and generate jobs ancillary to the exchange transactions. Recent economic impact studies have quantified that either eliminating or restricting like-kind exchanges would increase the cost of capital, slow the rate of investment, lower property values and reduce transactional activity, resulting in economic contraction of up to $13.1 billion annually.

You can make your voice heard by sending a letter to your legislators, letting them know how important §1031 is to you and your business at http://take-action.ipx1031.com/15473/send-message-to-congress/.

About the author: Suzanne Goldstein Baker is Executive Vice President and General Counsel of Investment Property Exchange Services, Inc. She also co-chairs the Government Affairs Committee of the Federation of Exchange Accommodators, and serves on its Board of Directors.

7. Republican Members of the House Ways & Means Committee, A Better Way Our Vision for a Conﬁdent America, June 2016, available at http://abetterway.speaker.gov/_assets/pdf/ABetterWay-Tax-PolicyPaper.pdf, and https://waysandmeans.house.gov/taxreform/.

8. Ling and Petrova, Economic Impact, at 7

10. General Explanations of the Administration’s Fiscal Year 2017 Revenue Proposals, at 107, available at https://www.treasury.gov/resource-center/tax-policy/Documents/General-Explanations-FY2017.pdf

Readers are encouraged to read the full publication at http://www.rliland.com/about-us/terra-firma-magazine. This article is republished with permission from the REALTORS® Land Institute’s Terra Firma Magazine, Winter 2017, pp 44-47.

Send a letter to your members of Congress. Click here for a sample letter template you can customize.

Material on this site is provided for informational purposes only. Taxpayers should seek professional tax and/or legal advice for their particular situation.